England Test cricket captain Alastair Cook was our special guest at last weekend’s 400th anniversary sports showcase. With children he talked tactics in a batting masterclass; with guests at the dinner he shared insights into the life of a sports person at the very top of their game. Find out more about the festival here.

Cricket is the sport with the longest pedigree at The Perse. It is first mentioned in 1856, when the governors gave a ‘whole holiday’ for a match against (King’s) Lynn School. Cricket reports became a standing item in the Pelican, and the game even inspired the odd poem. One such piece, by J.A. Adams is reproduced below.

A Captain’s Address to His Team

On, brave fellows, that’s the ticket,
Show them how to play good cricket,
Scatter bails and smash the wicket,
We want to win the game.

We have simply got to win,
A dropped catch is an awful sin,
And you, fast bowler, make them spin,
For winning is our aim.

Get them all out for a duck,
Show them our school’s skill and pluck,
Make the most of all your luck,
Live up to our name.

Pitch them high and pitch them low,
Bowl the ball both fast and slow,
To lose would be an awful blow,
Just on our way to fame.

The last man’s out, bowled straight and clean,
Then followed a triumphant scene,
As with our trusty players keen,
We to the Grandstand came. 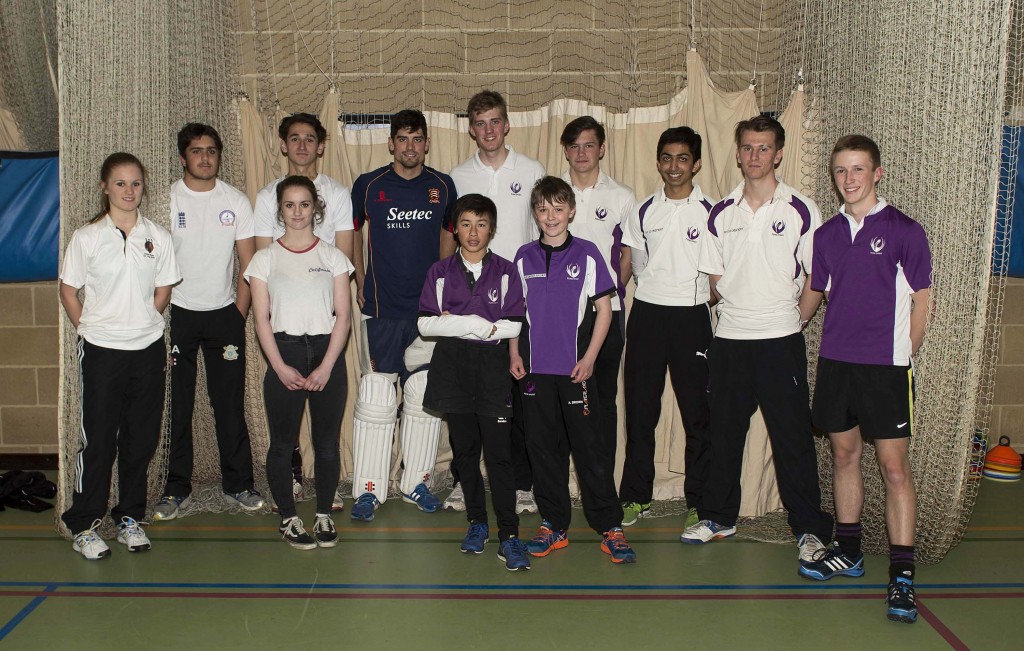